Who will she be? There are 8 just incredible woman who participate in te pageant. We will introduce them to you one by one, we have had half, we start with the second half: 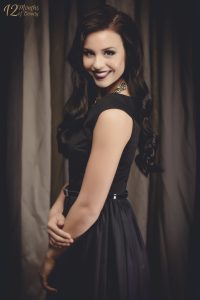 We saw Kelly van den Dungen for the first time when she was one of the runner-ups at the Miss Progress 2015 pageant, she won the title of Miss Progress Environment.
Last year she was one of the big favorites for the Miss Nederland 2016 crown, she was 2nd runner-up in the Miss Holland Now poll for Miss Nederland 2016. At the finals of Miss Nederland 2016 she became 2nd runner-up to. Kelly also was one of the finalists for Miss World Netherlands 2016.
Although she didn’t win, it didn’t stop her for entering beauty pageants, on the contrary, she was inspired and hopes one day to represent the Netherlands at one of the big 5 beauty pageants in the world. Kelly has a real winners mentality as she was dutch champion acrobatic gymnastics in 2012.
The 23 year old is currently studying media information and communication in Amsterdam and works for the television producing company, Talpa.