He was first runner-up at the Mister International Netherlands 2015 pageant and was a real favorite of the crowd at that pageant. Now he is in Bulgaria and he will represent the Netherlands at the Super Model Universe modeling pageant in Bulgaria.

Want to know Maikey a little bit better? We asked him 10 questions…. 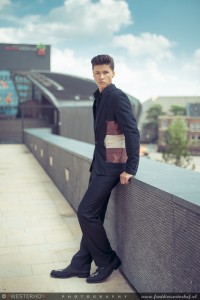 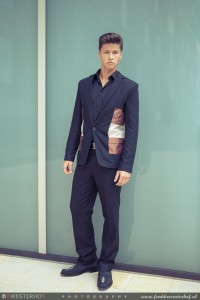 Who is Maikey Evers?
Maikey Evers is a 22 year old young man, living in Zaandam, who is mainly busy with pageants and who has been busy modeling for 4 years now.

Why did you decide to enter the world of male beauty pageants?
Actually it was because Lyron Martina asked me to participate in Mister International Netherlands 2015, I became 1st Runner Up in this pageant. I found out that I liked the process and I wanted more in this field. I was asked some weeks ago by Angelica Smeding to represent the Netherlands on november,3th in Bulgaria at the Mister Super Model Universe 2015 pageant

What, in your opinion, is the difference between a male beauty pageant and a male model competition?
I think it’s quite similar, of course you go for the win in both competitions, but if I have to name a difference between the 2, I would say at a beauty pageant you have to stay close to yourself, because that can make you stand out from the rest. With model competitions you often have one concept which you have to keep, so less personal input. 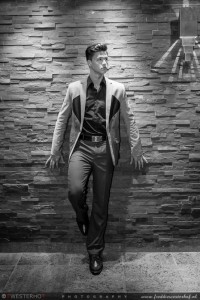 Do you consider yourself more of a Mister or a model and why?
During a pageant I act as a Mister, you need a certain attitude for that. But I can easily switch for example during a catwalkshow.

How do you prepare for the international competition?
I prepare myself well, I make sure that all materials I need during the pageant are prepared well before. Besides that I fitness several times a week and I watch y diet, because I have a sensitivity for pork meat.

What do you expect from your participation in the international competition, and from the international competition itself?
Actually I expect a lot , I don’t even know who the other participants are, but I know I prepared in the best way possible. I expect that everything will be prepared well, because in particular the communication goes well between me and the organization. Besides that I expect that the 4 days will be interesting.

You have a very close relation with your little brother. What kind of role model do you want to be for him and why?
I want to be an good example for him. He looks good, is motivated and very smart. I try to motivate and stimulate him when necessary. He lives in Oss and I live in Zaandam, what I think is very difficult, because I have a very close bond with the little man. 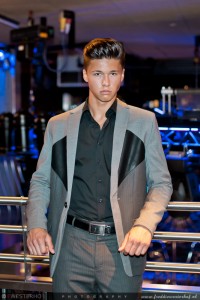 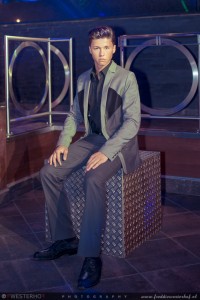 What will you tell the other contestants at Mister Super Model Universe about the Netherlands that makes you proud about your country?
Our multicultural society, the chances the Netherlands gives to others to get on track again. But mainly the plain scenery, with traditional habits you still see in the villages and cities.

What does a perfect date with Maikey Evers look like?
On the couch with a carton of Ben and Jerry’s ice-cream, watching lots of horror movies!

What about Maikey Evers in 10 years ?
Living in Amsterdam, happy in love and hopefully looking like a Mister !

We want to thank Maikey for the time and wish him al the best in Bulgaria.