Stephany Kluivert will represent the Netherlands at the Miss Globe 2015 pageant. This pageant will be held in Toronto, Canada and the finals will take place on oktober 8th. Stephanie is a newcomer in the world of beauty pageants. We talked with her at the introduction party of the finalists of the Miss Avantgarde pageant. She was very friendly and had an radiant personality.

Want to get to know her? She was so kind to answer 10 questions for us…..

Who is Stephany Kluivert?
I am Stephany Kluivert. I was born and bred in Amsterdam. I am a currently studying to become a ”Pedagogische Medewerkster (teaching assistant).” This is my final year at school.

How are you preparing for the big international finals?
I am preparing and taking all lessons and trainings that I am being offered. I am taking catwalk classes, following hair/make up workshops, and public-speaking sessions. I also do some practice in my private time. 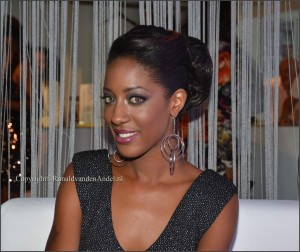 Your national director told us that she wanted a modern queen. What is modern about you, and what is traditional about you?
I am a modern queen because I am part of a generation where as a female, you have an equal opportunity to get an education as a male. With education comes independence. Something traditional about me is my aw for traditional aspects of my country. For example, The Netherlands is somewhat synonymous with cheese so I love cheese. Besides that, I would rather make use of a bicycle as a means of transportation, than travel by car if I can help it. 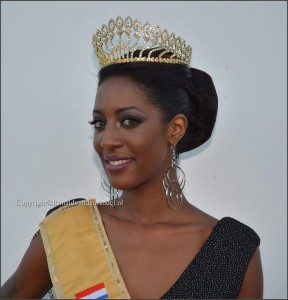 Most beauty pageants support a good cause. Which good cause would you like to support and why?
For my good cause, I would like to focus on obese children. In my field of study/work, I have had several encounters with this group and I am often
confronted with the personal struggle they face in order to get accepted by society. I would help them eradicate the repercussion of bullying on them
and restore their self-confidence. The ultimate goal would be for them to lose weight in a healthy manner.

What makes you the next Miss Globe International and what will you do to accomplish this?
My ability to inspire others is one of the factors I believe qualify me to be Miss Globe 2015. I am able to inspire and enlighten people about acceptance. The reason wars are tearing nations apart is due to lack of acceptance . The world would be a more peaceful haven if we all could respect one another’s choice of religion, political preferences, sexual orientation and other differences that naturally exist between humans. We can all not be the same, and there is beauty in diversity.

How about Stephany in 10 years?
In 10 years’ time, I would be an educated woman who is independent enough to decide which course her life should take. All the goals and aspirations I
have now would have been accomplished by then. In that time, hopefully, I would have established my own family 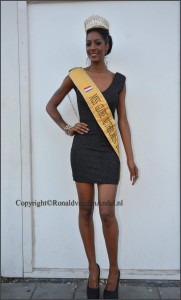 You can vote for Stephany here….

We would like to thank Stephany and wish her all the best of luck at the pageant….