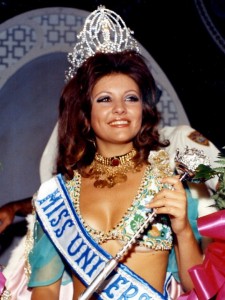 In this year where we have to deal with several terroristic attacks in Europe and the rest of the world. We will go back to some tragic events in the history that had their influence on the world and of the world of beauty pageants. We start with the year 1972.
The year 1972 is an olympic year. The games were held in the german city of Munich. The germans wanted these games to be happy games, to have the world forget about the 1936 Olympic Games in Nazi Germany. But these games will not be remembered as the happy games or for the 7 gold medals won by Mark Spitz or for the two gold medals won Wim Ruska at the judo event for the Netherlands. The games will special be remembered because of the the tragic hostage of the Israeli team by 8 members of the Palestinian terror group Black September. After some negotiations, where the terrorists demanded the release of prisoners, all the hostages were killed as were 5 of the 8 terrorists after an unsuccessful rescue attempt at the airport .
This all happened in september of 1972. The Miss Universe 1972 pageant was held just a few months before in Puerto Rico at the Cerromar Beach Hotel in Dorado on 29th of july.

Miss Universe 1971, Georgina Rizk of Lebanon, did not attend the pageant in 1972 and did therefore not crown her successor. She was not allowed to come to Puerto Rico because of the fears for a terrorist attack. These fears were not very strange as just two months before the pageant 17 christian pelgrims from Puerto Rico were killed at an attack by a group of 3 members of the Japanese Red Army hired by Arab terrorists at the international airport of Tel Aviv. Prior to the attack there was a bombing outside the hotel where Miss USA, Tanya Wilson, stayed at the time of the bombing.
After her reign as Miss Universe, Georgina married Ali Hassan Salameh. Ali was a member of the group who were responsible for the above called Black September attack in Munich. He was killed in 1979 by the Mossad (intelligence service of Israel).
At the Miss Universe 1972 pageant, Miss Lebanon was also not represented. It was one of the few times the winning country did not defend the title. 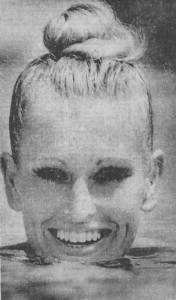 The Miss Universe pageant of 1972 was won by the beautiful Kerry Anne Wells, at that time the first woman from Australia to win the title. The crowning moment however was never broadcasted as at the time when Bob Barker announced Kerry Anne as the new Miss Universe the pageant, electricians who were on strike pulled the plug and the screen went black. 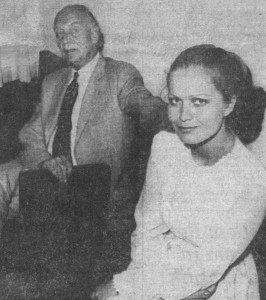 The Netherlands was represented by the tall blond Jenny ten Wolde who almost didn’t go to the pageant. It was runner-up to Jenny, Monica Strotmann, who was already packing her suitcase for the pageant. She was asked to go to Puerto Rico instead of Jenny. When Jenny found out she sued the Miss Holland Committee. They told the judge that Miss Holland Jenny was in Germany when they tried to get in contact with her, but they failed. Mister van Leeuwen of the Miss Holland committee then told the judge that he panicked and asked Monica to represent the Netherlands. The judge was not impressed: Monica could unpack and Jenny had to be send to the Caribbean Island. If they refused they had to pay a fine of 13.000 dollar.