This year where we have to deal with several terroristic attacks in Europe and the rest of the world. We will go back to some tragic events in the history that had their influence on the world and of the world of beauty pageants. This second article is about the year 2002. 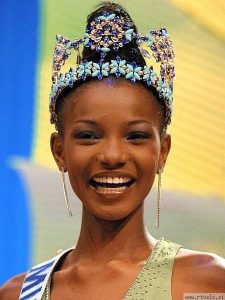 When Agbani Darego won the Miss World 2001 pageant she was the pride of many Nigerian women. Because of this, the pageant  would take place in the Nigerian capital Abuja in 2002. So no problems so far you would say. The president of Nigeria wanted to make his country a more modern and western country.
However, the Miss World organization had to deal with problems from the start. There were protests from many sides and with many arguments. The finals would take place during the Ramadan, the annual month of repentance for the muslims. Also there were many muslims and christians against the swimsuit segment of the pageant. The Miss World organization gave in and changed the date of the finals and deleted the swimsuits from the finals and replaced it with a photoshoot.

A few months before the start of the pageant, a new problem appeared for the organization. A Nigerian woman named, Amina Lawal, was condemned by a Islamic court  to be killed by stoning because of alleged adultery. Several beauty queens like Miss Norway, Miss Ivory Coast, Miss Belgium, Miss Spain, Miss Denmark and Miss France decided to boycot the Miss World pageant. Miss Nederland, Elise Boulogne, and the Miss Nederland organization didn’t believe in a boycot and told the press that she would attend the pageant because she wanted to tell the world about the things that happened in Nigeria and with a boycot there would be silence and nobody would have noticed it. If we would not go, we would give in….
The Miss World organization asked about the stoning and pleaded for a complete release of Amina. The Nigerian authorities assured there would be no stoning. 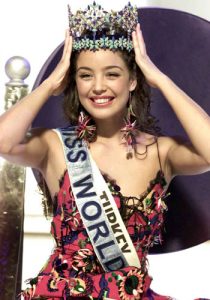 The pageant started but new and even worse things were about to happen. The Christian journalist Isioma Daniel published an article on november 16th about the Miss World pageant in which she stated that the prophet Mohamed would approve of the pageant and that he would probably even make one of the queens his wife. Although a few days later the newspaper made their apologies about the article, it could not stop the hatred among the muslims. They burned down the office of the newspaper. After that they attacked everything that was christian, like churches and companies. Even two muslims were killed as they didn’t look muslim.
On november 23 the riots were suppressed. Around 250 people were killed and the journalist had flee to Benin.
Amina Lawal was  acquitted in the end and set free. 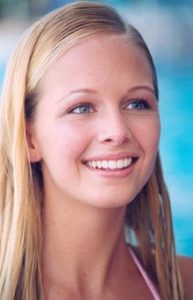 The Miss World organization decided one day before the riots were suppressed, on november 22nd, to leave the country as they were not sure of the safety of the beauty queens. Although many believed they should have cancelled the whole pageant the finals took place in Londen.
In the end the winner was the lovely Miss Turkey, Azra Akin, who was born and raised in the Netherlands and was at that time the second muslim crowned as Miss World after Miss Egypt, who won back in 1954.

Miss Nederland Elise Boulogne became a semi-finalist at the pageant and would represent the Netherlands in 2003 at the Miss Europe pageant.
When she became Miss Zuid-Holland, a preliminary for the Miss Nederland pageant, a little scandal was started by one of her runners-up. Marilyn Sewbalak stated that she had won the Miss Zuid-Holland pageant and not Elise. The Miss Nederland organization would have overruled the jury because they wanted a blond girl to wear the crown. She even wanted to start a lawsuit against the organization but as far as we know this never happend.

Tags: Elise BoulognehomepageMiss Nederland 2002Miss World 2002
← Beauty of the Past, Patricia Noordermeer It's the Year 1972 →