This year where we have to deal with several terroristic attacks in Europe and the rest of the world. We will go back to some tragic events in the history that had their influence on the world and of the world of beauty pageants. The third article is about 1975. 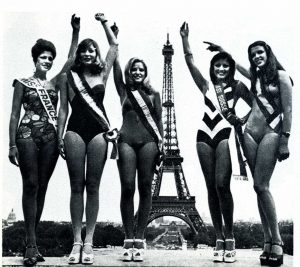 The Miss Europe pageant 1975 would take place in the city of Beirut. It was not the first time this European pageant would take place outside of Europe. In 1969 the finals took place in Morocco; Lebanon was already the capital of European beauty in 1960, 1961, 1962, 1963 and in 1964, when Miss Holland 1964, Elly Koot, won the title.
The girls in Europe were already preparing and there were even pre-pageant shoots for the pageant which took place in Paris. But the pageant was cancelled in the end, due to the civil war in Lebanon that started in 1975 and ended in 1990. Over 250.000 people were killed during that war.

On the morning of april 13th 1975 the ongoing unrest, that started already in 1970, escalated when the leader of the Phalangists was killed during an attack. The Phalangists were a christian movement lead by Pierre Gemayel. The attack killed 4 of them. The Phalangists took their revenge by attacking a bus with Palestine’s and killed 26 of them. The next day there arose all kinds of battles.
The Lebanese army had to make up their mind if they would end the Palestinian violence or the stop fighting of the Phalangists. Whatever they would do, they knew that it would mean a devision in the army between muslims and christians.

At that time nobody knew that these events would mean a civil war in this middle eastern country that would last until 1990. Several countries  like Syria and Israel started to interfere in the war.  The cold war also had its effect on the conflict that ended on oktober 13th 1990.

Of course the start op the conflict in 1975 would mean that the Miss Europe 1975 pageant that would take place in Beirut had to be postponed and a new place for the finals had to be searched.
The dutch broadcaster TROS was asked to organize the pageant in oktober. They also broadcasted the finals of the Miss Holland pageant in 1973, 1974 and 1975 but they were not interested. Another dutch broadcaster AVRO was informed if they would be interested to host the pageant. But they also were not interested after some consideration.
After the second “no” the whole pageant was cancelled and after 27 years there was no Miss Europe crowned. The modern Miss Europe pageant started in 1948. Of course there were already Miss Europe pageants in the late 20’s and the 30’s. 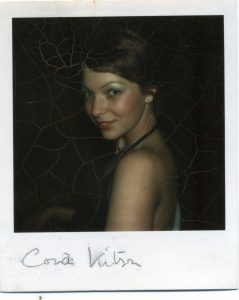 The Netherlands would at first be represented by Lynda Snippe, on the picture above we see her together withs some other european beauty’s at a pre-pageant activity in Paris. These pictures would be used as a promotion for the pageant.
In an article about the possibility of a european final of the Miss Europe pageant in the Netherlands we read that not Lynda but first runner-up Cora Kitz would represent the Netherlands at the finals.

Tags: homepageMiss Holland 1975
← It's the year 1970 Beauty of the Past, Patricia Noordermeer →