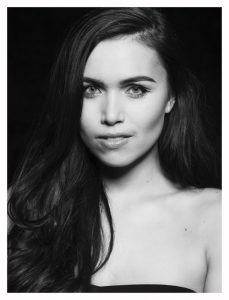 Deborah, although just 22, is no newcomer in the world of Beauty pageants in the Netherlands. She already represented the Netherlands at the Miss Earth 2016 pageant in the Philippines. She made a very good impression on the people and many thought that she would be a semi-finalist. But in the end she just missed the semi’s.
In 2015 she won the title of Miss Beauty of Zeeland and participated in the Beauty of the Netherlands pageant finals. She didn’t win the main title but won the Miss Organic Tan award and with that she became the face of that brand.
At the moment she works as a beautician and she is also working the books in the company of her father.
Deborah is from the small city of Heinkenzand in the province of Zeeland. In the past there have been two women from that province who became Miss Nederland. In 2003, Sanne de Regt won and one year later is was Miranda Slabber who won. Both girls went on to represent the Netherlands at the Miss World pageant.