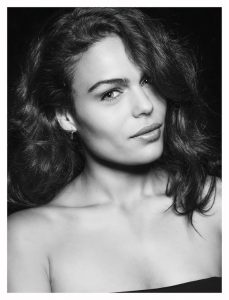 she is just 23 years old, but when you read her biography you would think she is older. Farrieda Smit acted already in several series and also hosted commercials and other items for television.
Farrieda is the second candidate that we introduce to you who lives in Amsterdam. She is for many probably a newcomer in the world of beauty pageants as he did not participate in beauty pageants before, as fas as we know.
But she reached already the 71st spot in the dutch FHM top 500 this year. Could this be an omen? Zoey Ivory, Miss Nederland 2016, also managed to be in the FHM 500 last year at number 55 and she was also not very known at the time she was crowned Miss Nederland 2016.