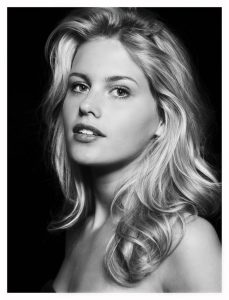 Germaine Peels is just 17 years old and lives in Ootmarsum. Ootmarsum is a small city in Overijssel. When she entered she was in the middle of her exams for the HAVO.
She is a newcomer in the world of beauty pageants.
If she would win she would be one of the youngest girls to be crowned the most beautiful of the Netherlands. There have been some who were also at a very young age to be crowned. Nancy Lalleman-Heynis, Janner Tervelde and Pasquale Somers to name a few where also just 17 or 18 years old when they entered the pageant.
There has been 1 girl who won the Miss Universe just being 17. We have to go back to the first Miss Universe pageant in 1952, when Miss Finland, Armi Kuusela won the crown being just 17 years old. there have been 15 girls who were just 18 years old winning the title.
So there are no worries there. The only thing is that lately most of the girls have been over 20 years old winning the pageant. Pia Wurzbach was even 26 when she won the 2015 pageant.