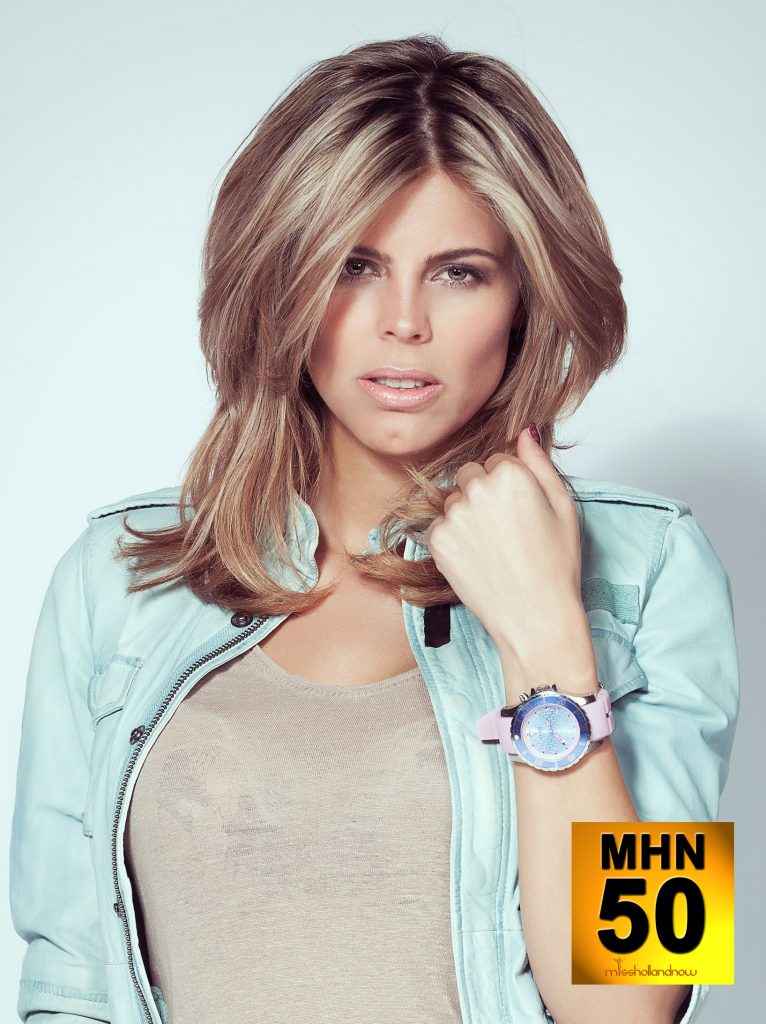 Our second beauty queen who made the top 150 and therefore a serious contender for the ultimate MHN 50 is Kim Kötter. If there is one person who made her career out of her reign as a beauty queen, it is Kim.
Kim ’s national fame started in 2002 when she first won the Miss Overijssel 2002 pageant following the Miss Universe Netherlands 2002 pageant. She represented the Netherlands in Puerto Rico and just missed the top 10 as she became 11th. In december of that same year she became 4rd runner-up at the Miss Europe pageant.
Like a real veteran she started the Miss Overijssel pageant. a preliminary for the Miss Nederland pageant. The pageant became real successful and was broadcasted life on TV Oost. Stefan from Miss Holland now was the head of the judges in 2010 and became a real celebrity in Overijssel as the pageant was shown in a weekly reality-soap.
In 2009, Kim took over the franchise for Miss Universe and the Miss World pageant in 2009 and she also was able to get the official Miss Nederland franchise together with the Miss Universe Germany pageant.
Kim was very successful as a national director. In 2010, 2012, 2013, 2014 and 2015 the dutch participants all made the semi-finals at the Miss World pageant. Kelly Weekers made the semi-finals at the Miss Universe pageant in 2011 and Yasmin Verheijen became 3rd runner-up at the Miss Universe pageant in 2014.
She was able to get Miss Nederland back in television in 2011 with the reality soap:Ik, Miss Nederland.  Robin and Stefan of Miss Holland Now were two of the coaches in that program.
Kim is nowadays also one of the studio reporters for the daily television show SBS6 show-news and can be seen in many televisions programs and magazines  in the Netherlands.

Probably no surprise Kim made the top 150 and she is a serious contender for the MHN 50. Not many women can say that after 16 years their fame as a beauty queen is stil shining.