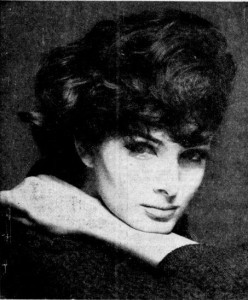 Katinka Bleeker was 1st runner-up at the Miss Holland 1960 pageant. Katinka wanted to be discovered and become famous when she entered the Miss Holland pageant. At that time she was a dancer at the famous Parisian dance-group the Blue Bell dancers. She had to gain weight when she entered the Miss Holland pageant.
She was the tallest girl in the Miss International pageant with her 1.80 m. After the pageant, where she did’t place she stayed in the USA to become a model. She modeled for magazines like Vogue USA and Harpers Bazaar. But before she could pose for the famous photographers she had to… loose weight. 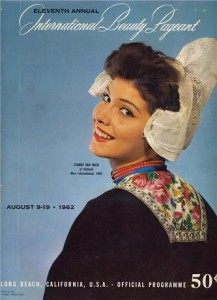 Stanny Baer was the favorite to win but to small to become Miss Holland 1961, so she became “just” 2nd runner-up. At the time of the pageant she was Miss Amsterdam. But luckily for her she was asked to represent the Netherlands at the second Miss International pageant ever held. From the start of the pageant she was a favorite to win the pageant. She won the preliminary
“Playsuit” competition and also the Miss Photogenic award. So there was no surprise when she won the pageant. She stayed in the USA and married an American dentist in 1963. 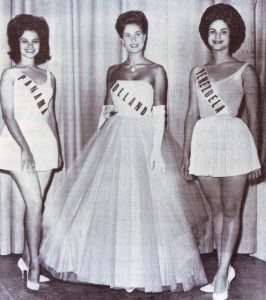 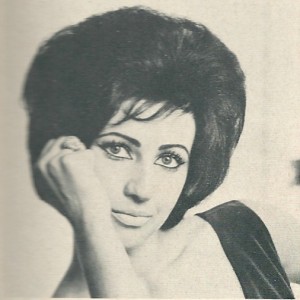 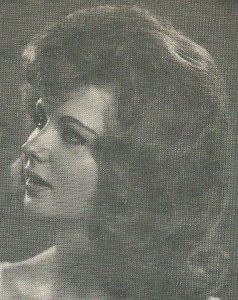