Jamie Herrel from the Philippines is Miss Earth 2014. She was crowned by Miss Earth 2013, Alyz Henrich form Venezuela. Jamie is the second Mis Earth form the Philippines, in 2008 it was Karla Henry who won the crown.
Miss USA, Andrea Neu became Miss Air, Miss Venezuela, Maira Herrera became Miss Water and Miss Russia Anastasiya Trusova won the Miss Fire crown.
After the crowning many believed that Jamie had only won because she is from the Philippines and MEO is from that country and most of the judges were also from the Philippines.
Miss Netherlands, Talisa Wolters, who did not make the top 16, was one of the beauty queens who told the media that Jamie was the right winner as she was very friendly and she really deserved the crown. Talisa made the headlines in the Philippines as her statement was filmed and shown all over the world and she was quoted by many newspapers. 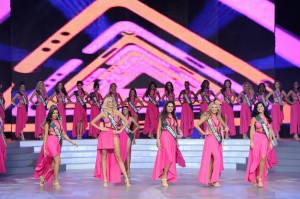