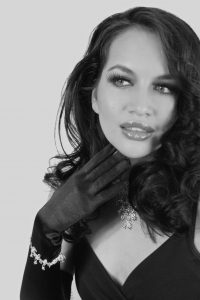 The Beautiful Eva van Binsbergen participated in many beauty pageants. The first time we met her was at the Miss Benelux 2009 pageant. This pageant was at that time the preliminary for the Miss Earth pageant. Eva became 2nd runner-up and won the Miss Beauty for a Cause award.
She also represented the Netherlands at several international pageants like the Miss Leisure 2008 pageant where she won Best National Costume and the Miss Civilization of the World 2008, which she won.
In 2009 she was a top 12 finalist for the Miss Universe Netherlands 2009 pageant.
We from Miss Holland Now have always loved this lovely beauty queen. This picture was taken by Robin@12monthsofbeauty for Miss Holland Now and another picture of this serie was used for a poster to promote a festival.