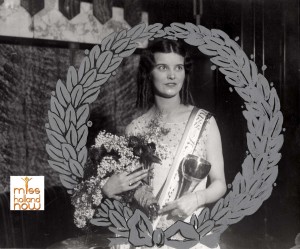 After the huge succes of the Miss Holland 1929 pageant, organized by the dutch magazine ” Het Leven”, the second edition of the Miss Holland pageant was held. The magazine asked readers to send in photo’s and the selected few, were then introduced in the magazine. The readers of ” Het Leven” could vote for their favorite by sending postcards. There was also a panel of judges who scored the girls on poise and charme.
Miss Holland 1930 became Elly Kuster, but was dethroned a day later as she had not been telling the truth about her age.
The foto of the week shows the cover to be of the magazine ” Het Leven” that of course had to be changed after the dethroning of Miss Elly. (the published one can be seen below, with Miss Holland 1930, Rie van de Rest) 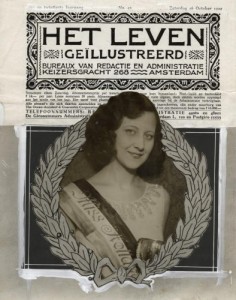