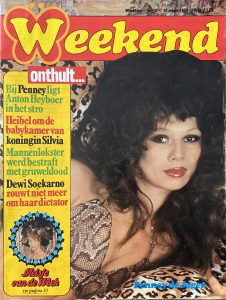 Girl of the week 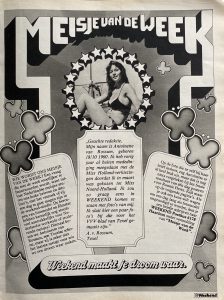 Who will become our girl of the week?
A question which is getting more difficult to answer every week, because many Dutch girls send us nice letters and dito pictures, with the request if they can be a guest for a day in the Weekend Studio. The trades of photographic model and movie star apparently are still appealing to dutch working or studying girls! This time we chose for Antoinette van Rossum, a beauty from Texel, but she is certainly not the last girl whose dream we made come true.

My name is Antoinette van Rossum, born on 10/18/1960. Last year I participated in the Miss Holland pageant, because I was chosen in march as Miss Noord Holland. I would like to be in WEEKEND with pictures of mine, some day. I herewith enclose a few photos which were shot for the VVV magazine of Texel.”

On the picture she enclosed herself in the letter, Antoinette looked very nice, but that is no comparison to the results of posing 1 day for Ronnie Hertz. Look at the next pages. If you would like a chance to be invited to be a photographic model for one day, you can write a letter to: Weekend, Postal Box 6178, Haarlem, mentioning “Girl of the week”. 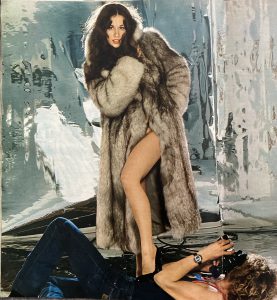 She counts sixteen springs and she is the most beautiful Eve of the island of Texel. Last year she participated in Miss Holland, but they thought she was very young with her 15 years. This year she is present again, because Antoinette is a girl with big ambitions 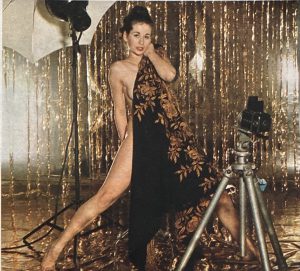 This week, Antoinette is the star in the WEEKEND-studio. She is still in school in Texel, but she says: “I  will finish soon. If I have to go to school, I always take along a newspaper, to kill the boredom. I think it’s very old-fashioned at school; I rather be working!”
No, she is certainly not lazy. Working as a free lance model and mannequin, she won the title of “Miss Noord Holland” last year and her biggest wish is to become a movie star. “But that is still so far away! I would like to be some kind of Silvia Kristel; not Monique van de Ven. I don’t think she is beautiful.” 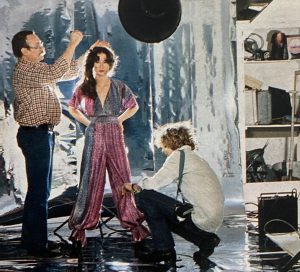 She is still living with her parents, has a German boyfriend, who is a large businessman and she explains what her type of man is: “My man should be sexy. I love dark men, even though my boyfriend is blond by chance. I saw him here, driving in Texel and I went to walk in front of his car on purpose, so he had to stop.” And like that Antoinette shows she really is persisting.
“Everybody on Texel is gossipping about me”, she says regretfully. “They ignore me”. We on the other hand don’t ignore her and we see many chances for this ambitious girl… 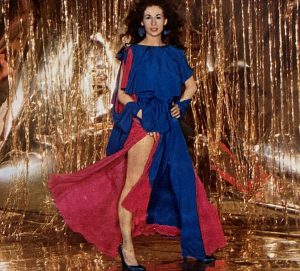