Beauty of the Past, Homepage, Queens in Zines 09 mei 2020
No comments

Last week would have been the Grand Prix of Zandvoort for the first time since 1985. Due to the corona crisis, this event didn’t take place, like many other events this year. 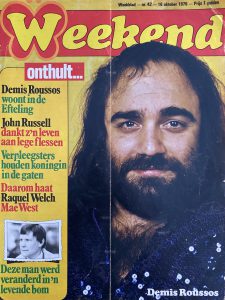 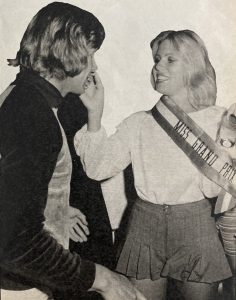 The “Problem” of James Hunt

Recently we had the election of “Miss Grand Prix 1976” in Zandvoort.
In the jury we had amongst others, JAMES HUNT from Marbella. For womanizer Hunt it should undoubtedly have been a pleasure to kiss the winner.
It was Marga Scheide from Amsterdam, who won as main prize a 14 day trip to Greece for 2 persons.
But in stead of a crown, the winner had to put on a helmet on her head this time. This is why the race driver could not kiss her on the cheek. What a pity … 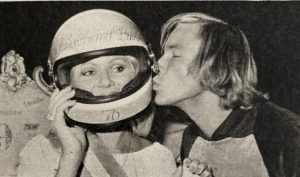