Beauty of the Past, Historical, Homepage, Queens in Zines 25 apr 2020
No comments 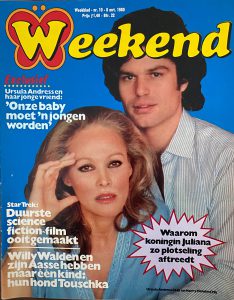 She was a top 7 finalist at Miss Europe 1979/1980 and won Miss Amity, after being 1st Runner Up at Miss Holland 1979. Marlène made the headlines in the mid 80s in The Netherlands, as she was supposedly having a relationship with Prince Albert of Monaco.

Marlène was in the Weekend, which is gossip magazine,  in the item Kiek Mij ‘S, with her idol Tol Hansse. In this item, people got to meet their idols, and were in the picture with them.
Tol Hansse is a stand up comedian who had some small hits  in The Netherlands; his biggest hit is Big City from 1978, which reached the number 2 spot in the dutch charts. 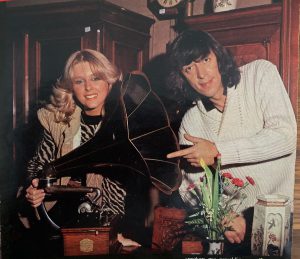 Kiek Mij ’s
Look at me,
But it also means Take a picture of me

(In a picture with your favorite star)

From the story Marlène Vermeulen (20) told her idol in a very detailed  way, comes forward that being face to face with Tol is not her biggest wish …

What then is? The youthful, good-looking Marlène wants to be a photographic model, like so many other girls. She took the opportunity, to be on a picture together with singer Tol Hansse, to have some publicity herself. The only one who did not mind at all was Tol Hansse himself.
Marlène is quite a chatter and tells Weekend: “ At the moment I work as a secretary at the construction company of my father. Besides hobbies like driving a car, playing tennis and listening to music, I try to get jobs as a mannequin of photographic model. At the moment I am in training for that. I don’t have any plans for the future, I will see what happens to me in the fashion world.” 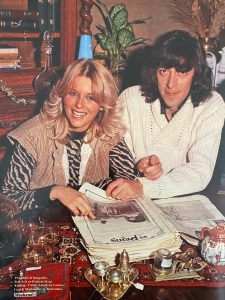 About Tol Hansse: “ His song texts appeal to me. They are realistic, but they appear comical. They are just a bit different than most of the songs in dutch.”
What was Marlène chatting about with her idol? “Well”, she said in a shy way,”it was mostly about daily stuff. I can just say that Tol is a sociable speaker. He is just so normal. Sometimes artists are stuck up, but Tol is only just human, isn’t he?”

“I believe that most people think the same of him. He is just like he is. A cool man is this Tol …”