Beauty of the Past, Homepage, Queens in Zines 18 apr 2020
No comments

Miss Holland Now ordered this magazine for another article, but it was a surprise that we found this article of Stephanie Halenbeek.

In 1988 she tried her luck at the dutch edition to find Ford Supermodel of the World Netherlands, where she was a runner up to Quirine Post. 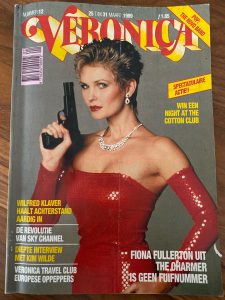 Model of the Month
Stephanie Halenbeek 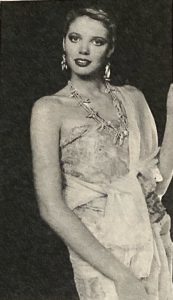 In the one before last episode of “Sterrenjacht” (“Star search”) of this season we saw the gorgeous 16 year old Stephanie Halenbeek from Uden as the winner. The blond scholar (1.82m, size 36) is training to be a hairdresser in Nijmegen. Her heart goes out to modeling work.

“I am still of schooling age, that’s why I am in this hairdressers course. My mother is also a hairdresser. I started at the age of 6 with modeling. That went through a friend who was registered at a modeling agency. Up to now I have been in front of the camera regularly.

In the program “Bodyline” from Veronica TV, I got to show bathing suits.

Soon I will hear if I’m going to do a commercial for shampoo.”

A well spoken Stephanie responds to all calls for modeling, commercials and even to do screentests for movies.

“I also auditioned for the movie “Honneponnetje” (“Honeybaby”). I was only 15 years old at that time and unfortunately that was too young for the part.

Up to now, “Sterrenjacht” was the most fun to do. It was very exciting. Especially the recordings for the clip were magnificent!”