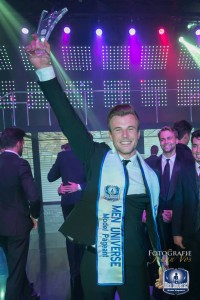 Rogier Warnawa has won the Men Universe Model competition which was held in the Dominican Republic.
From the first moment Rogier won the Men Universe Netherlands finals he was noticed by many as one of the frontrunners and he was mentioned as winner a lot of times.
Well, he did what was almost expected, he won the competition.
first runner-up was Switzerland and second runner-up was Rumania.
Hakan Akbulut, who represented Turkey but lives in the Netherlands, was a runner-up at the Best Body award.
The dutch franchise holder, Dick Wiericks most be very proud with this achievement!
It is for the first time a dutch man has won a international male beauty pageant.