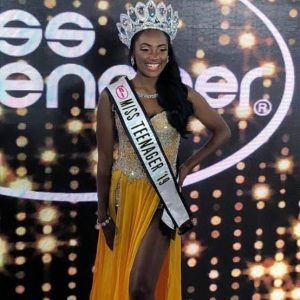 Last year the absolutely lovely and beautiful Quishantely Leito was first crowned Miss Teen of Zuid Holland and after that she crowned Miss Teen of the Netherlands in Studio 21.
And her winning streak didn’t stop there. This weekend she also won the Miss Teenager 2019 crown in Guatemala.
The Miss Beauty of the Netherlands organization did it again! All 4 girls from the 2018 girls that represented the Netherlands so far, did qualify and made the semi-finals.  Topmodel, Milenka did not go to the international pageant yet.
It is the second time the Netherlands won this pageant. Two years ago the late Lotte van der Zee also won the pageant. Lotte died earlier this year after a cardiac arrest during a ski-holiday. Her sudden dead was all over the dutch media and thousands of people pay their respect at her memorial.
Congratulations Shanty and team Miss Beauty!!!