They made it, part 1: Yasmin Verheijen 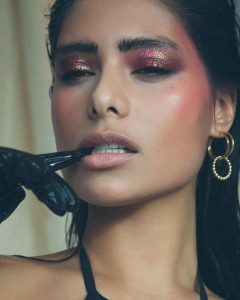 Yasmin Verheijen became part of Team Miss Nederland in 2013. At that time she studied interior designer in Amsterdam, the place she grew up in. She finished her studies. Yasmin is from Indian, German, Indonesian, Chinese, & Dutch descent and that gave her that international look that the Miss Universe pageant is looking for. Although she wasn’t one of the big favorites at that time, there were some who really thought that the dutch bombshell would make a big impression on the judges. Wel she did! Yasmin became one of the finalists, something that didn’t happen since 1992.
Nowadays Yasmin is in a relationship with famous soccer player Khalid Boulahrouz since 2014 and she has her own fashion label.  The picture is taken form the current Life After Football magazine.

Tags: homepageTeam Miss Nederland 2013Yasmin Verheijen
← They made it, part 2: Kelly Weekers It's the year 1970 →