They made it, part 4: Paulien Huizinga 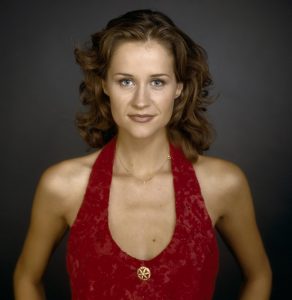 After the Miss Holland organization lost its license to send a delegate to the Miss Universe pageant, the Miss Universe Netherlands pageant was a live television program on Veronica television for 4 years. in 1991 the show was hosted by Angela Visser, Miss Universe 1989 as it would be in 1992 and 1993. In 1994, she was one of the judges.
In 1991 Paulien Huizinga represented the province of Utrecht. She was not one of the favorites to win. The favorites were Miss Noord Holland and Miss Brabant. But in the end it was Paulien who won the crown and the ticket to Las Vegas.
Like in the Netherlands Paulien was not one of the big favorites like Miss Ireland, Russia, Colombia, Finland and Miss Brazil. Only Miss Russia managed to get into the top 10. Also Miss Netherlands made the top 10 and like in the Netherlands she almost won in the end. She made a big impression on the judges the way she handled the judges questions. She was very fresh and answered in a very funny way.
After the pageant Paulien started a career on dutch television and modeled a lot for dutch fashion designers. She was the host of programs like ” Showtime” and ” Showbizz” and in 2016 she was one of the famous photographers who tried to become the best photographer at the RTL4 program ” Het perfecte Plaatje” (the perfect picture).