It’s pageant season. While Miss Universe started last week in Las Vegas and Miss World had it’s second week already, there were two world finals this weekend. On friday december 4th it was Miss Supranational in Polen and on saterday december 5th it was Miss Earth in Austria.
Both pageants have had a difficult time the last few years. 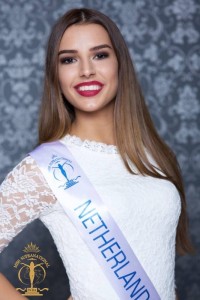 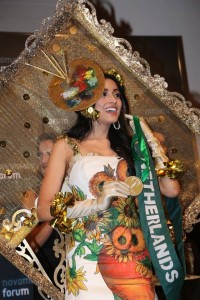 Miss Earth lost their grand slam status by some websites and blogs after a scandal in 2012. It was said in the russian media that the Miss Earth title could be bought. They had a video where the organization agreed that by paying 4 million dollar, Miss Russia would be crowned Miss Earth. The video was however edited and we could not see the whole meeting. So there was never real proof of the deal and Miss Russia also didn’t win the pageant.
We of Miss Holland Now stil support the Miss Earth pageant and were very excited to be part of the finals this year.
Miss Earth Netherlands 2015, Leena Asarfi, has left a great impression in Austria. During the activities, before the finals, there are all kinds of competition where medals can be won. Leena won a total of 3 medals. She won a bronze medal for being one of the most friendly participants in the competition and a silver medal for making one of the best snowman together with Miss Malaysia, Miss South Africa and Miss Costa Rica. But for the first time in the history of Miss Earth, Miss Netherlands won a gold medal for the most beautiful national costume. The costume is inspired by the painting ” the sunflowers” painted by Vincent van Gogh and designed and made by David Cardenas. Besides winning these three medals, Leena was also in the top 15 of the talent competition with a Bollywood dance.
For 12 Months of Beauty, who is the national director of Miss Earth Netherlands, it was their second year to send the dutch representative to this pageant. Robin, one of the directors, was present at the finals in the Marx Halle in Vienna.
Leena did unfortunately not make the top 16 at the finals. In the end it was Miss Philippines, Angelia Ong, who was crowned Miss Earth 2015. It was a back to back victory as in 2014 Miss Philippines also won the crown.
Robin told us that Angelia Ong was indeed the rightful winner as she was not only beautiful but also very nice as a person. He spoke with her after the interview round  and he was very impressed by her spontaneity and wit.