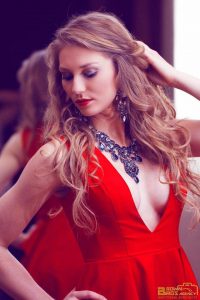 Alena Spodynyuk from the Ukraine is Supermodel International 2016. Alena represented her country at the last held Miss Universe pageant in the Philippines.
Supermodel Netherlands 2017, Jeanine de Vries did dot get into the top 5 but made history for the Netherlands to get into the top 10 of this prestigious modeling competition.
Jeanine made a big impact with her natural beauty and her strong face.
Last year, Leila Aigbedion represented the Netherlands at this pageant. She didn’t win, but made the top 15 and won the Talent Award.  The organization was very impressed by her and asked her to come this year to join their team and be the host of the finals.
Robin and Stefan of 12 Months of Beauty are very proud that the two girls they selected as Supermodel Netherlands 2016 and 2017, both did a very great job at this young competition organized by Pradit Pradinunt. Pradit is a young organizer who is responsible for not only Supermodel International but also for Mister Global International. His male pageant is one of the grand slam male pageants at this time. For the Netherlands Boy de Leede will represent his country in may. Boy is a celebrity in the Netherlands because of his appearance in the popular tv show, Temptation Island.

would you like to become Supermodel Netherlands 2018? go to www.supermodelnetherlands.nl and register