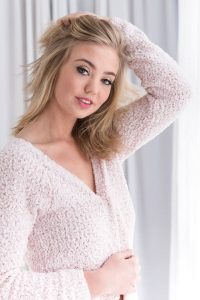 She was crowned Miss World Friesland 2017. Femke, 20 years old, loves to ride her horse La Fino. And isn’t it great that when you love something you can make your profession of it? Femke did just that by studying Horse Instructur in Deurne.
Besides riding a horse she loves to sing and she hopes to sing a musical one day.
If she would win she is not the first girl from Friesland to represent the Netherlands at the Miss World pageant. In 1993, Hilda van der Meulen was the first and so far only girl from this province the win right to represent the Netherlands at this pageant.
Femke is like some of the other gils in this years Miss World pageant a real blond girl with a lot of ambition. We hope she will be able to stand out of the group.