Our second judge is the great and beautiful Ingrid de Boer from Your Daily Fashion News. We are very proud that she will be one of our judges and is able to take th time in her busy schedule to judge the nominees. Ingrid has enterde several beauty pageants in the Netherlands and represented the Netherlands abroad.
So she knows her queens!

When Robin and Stefan called me to ask if I would like to be one of the judges for The Miss Holland Now 50, I felt very honored and of course I said yes. I am looking forward to nominate the most inspiring pageant girls of the past years. I have been following many worldwide pageants for years now and therefore I know very well which Dutch pageant girls really stand out and deserve to be in the MHN 50.

Her first nominee is: 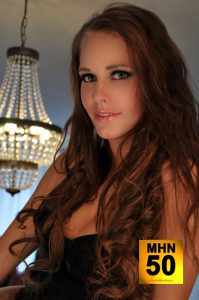 Is one of those woman that absolutely could not be left out in this list of MHN50 nominees. Milou represented the Netherlands in the Miss Earth pageant back in 2007. After that her passion for pageantry never stopped, so she decided to organize a pageant herself. I got to know Milou about five years ago when I participated in Queen of the Benelux, what she has been organizing from 2009. From that moment I have followed Milou for over five years now, and she grew from a ‘regular size’ pageant to the biggest of the country at the moment. A couple of years ago she changed the course of the pageant. She decided to make Queen of the Benelux a national pageant namely Miss Beauty of the Netherlands, with 3 winners from all the 12 provinces. From that moment the pageant became bigger and bigger, the Miss Beauty Organization grew really fast and this years Miss Beauty of the Netherlands pageant was bigger than ever. The show had five beautiful winners, who will all travel abroad and represent the Netherlands in a big international pageant. Besides that, Milou has a double masters degree in Law & Criminology and in her daily life she works as an interim recruiter. Milou is therefore the perfect smart and ambitious Miss that could not be left out in the list of 150 nominees for the MHN50.