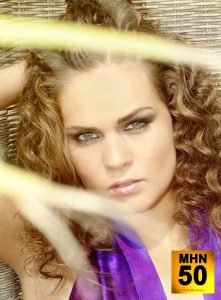 One of the girls that was one of the first girls Robin and Stefan saw winning her title was Melanie de Laat, who won the title of Miss Benelux Netherlands 2007 and with that the title of Miss Earth Netherlands 2008.
Melanie was a big favorite to become the first dutch girl to become at least a semi-finalist at the 2008 Miss Earth Pageant but in the end just missed the cut.
It was not the first pageant Melanie entered, already in 2004 she was a finalist at the Miss Universe Netherlands pageant and she also tried to become Miss Earth Netherlands in 2005 and 2006.
When we met her for the first time a lifetime friendship started and we are so happy that Melanie made the world of beauty pageants such a great world te be part of.